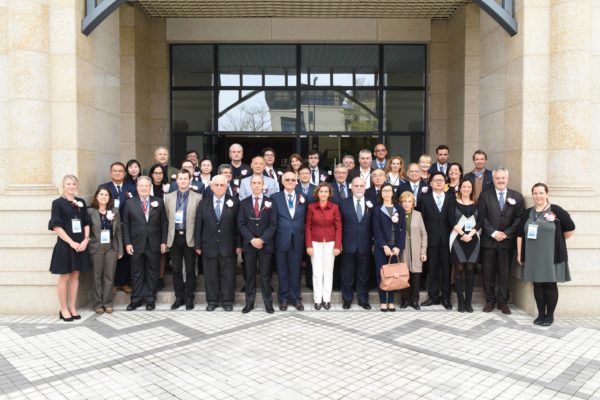 An international conference titled, ‘60 Years after the Treaties of Rome: What is the Future for the European Union?’, opened at the University of Macau (UM), as an event under the European Union Academic Programme-Macau (EUAP-Macau). The conference was organised by UM’s Faculty of Law and received support from the Legal Affairs Bureau of the Macao SAR.

The conference aims to provide a better understanding of the European Union, including its laws and international relations with its partners in the Asia-Pacific region, particularly in mainland China and Macao. The conference offers the most recent knowledge on the legal problems related to the topics listed in the programme. The conference also recognises UM as a university of excellence with a competitive edge in the field.

The event attracted more than 30 speakers from 16 jurisdictions. Most of them are well-known scholars and experts in their respective fields. During the conference, they will discuss international issues related to the EU, and those of major interest to Macao, from a predominantly legal perspective. The conference will be focused on the EU’s international relations, especially those with the Asia-Pacific region.

UM and the European Studies Institute of Macao in 2012 jointly established the EUAP-Macau, in cooperation with prestigious European academic institutions, including the University of Coimbra in Portugal and Maastricht University in the Netherlands. Co-financed by the EU, the EUAP-Macau aims to provide a platform for teaching, research, and the dissemination of news and events related to the EU.