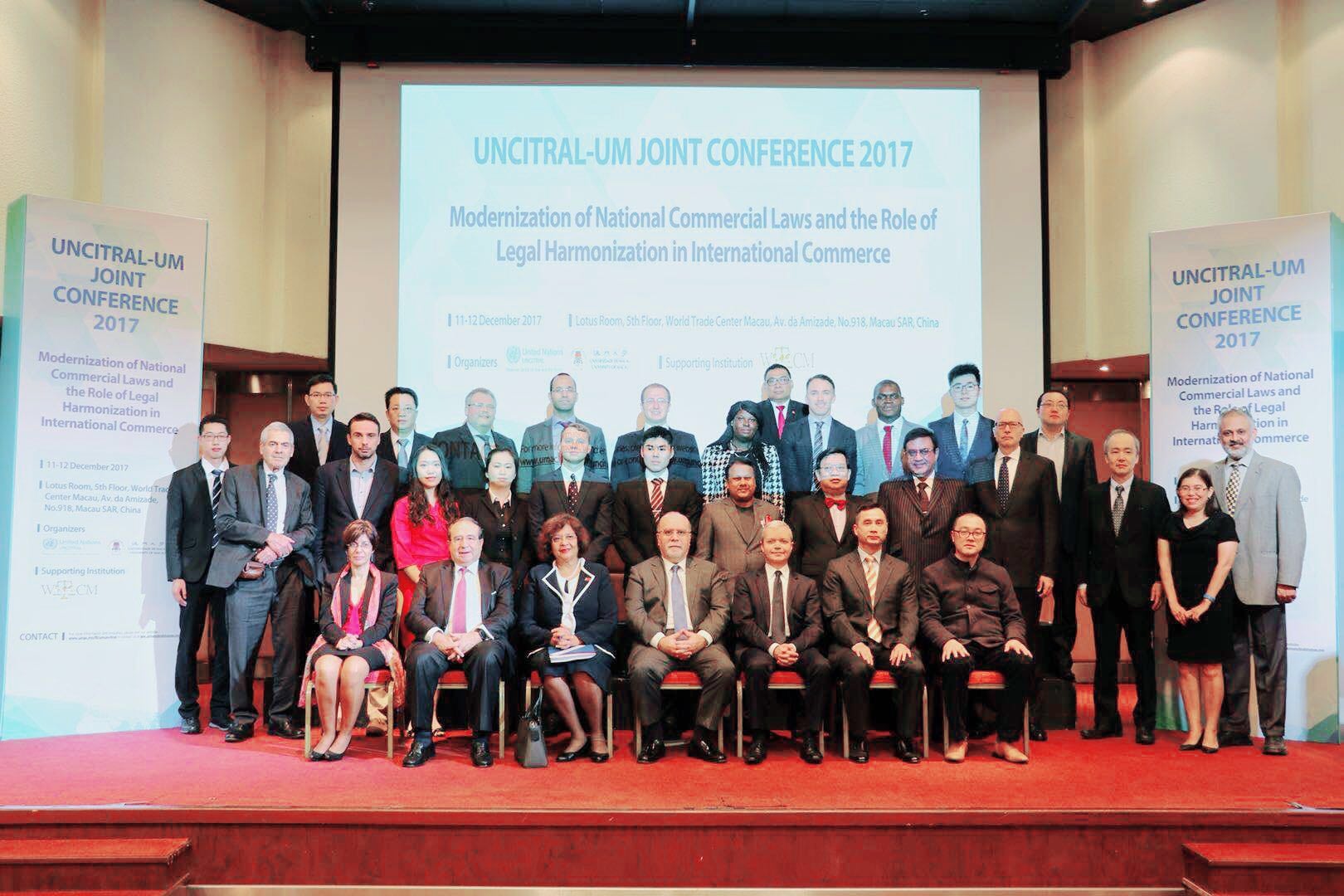 The UNCITRAL-UM Joint Conference 2017 titled ‘Modernisation of National Commercial Laws and the Role of Harmonisation of Laws in International Trade and Commerce’ opened today (11 December) in the World Trade Center Macau.

During the two-day conference, experts and scholars will discuss contemporary and international legal issues arising out of various UNCITRAL texts and related harmonisation of law today and tomorrow. During the opening ceremony, UM’s Acting Rector Rui Martins pointed out how the continued cooperation between UNCITRAL and UM in the past several years has resulted in the organisation of a series of joint conferences and highlighted its significance. He said that the collaboration has reached new heights in 2017 with the organisation of a new International Legal Symposium on Promoting Economic and Trade Cooperation between China and Lusophone Countries in Macao SAR scheduled for 13 December, with the support of four other key institutions in the region. José Angelo Estrella Faria, senior legal officer and head of the Technical Assistance Section International Trade Law Division, Office of Legal Affairs, United Nations, delivered a keynote speech titled ‘International Legal Harmonisation as Tool for Modernising Commercial Law’.

This is the fourth conference resulting from the collaboration between UM and the UNCITRAL Regional Center for Asia and the Pacific. This year’s conference also received support from the World Trade Center Macau. Experts and scholars from around the world, including Australia, Bangladesh, Switzerland, Hungary, Japan, India, Singapore, Malaysia, Indonesia, Mozambique, Angola, the United Kingdom, mainland China, Hong Kong, and Macao will address the conference in six sessions over the next two days. Participants will discuss a wide range of contemporary legal developments in international trade and commercial law, with focus on the specific themes. The proceedings of the conference will be published after the conference.