Rostam J Neuwirth, head of the Department of Global Legal Studies of the University of Macau (UM) Faculty of Law, has published a new book titled ‘The EU Artificial Intelligence Act: Regulating Subliminal AI Systems’. Through exploring legal, ethical, and scientific issues related to artificial intelligence (AI), the book aims to show how cognitive, technological, and legal questions are intrinsically interwoven and to stimulate a transdisciplinary and transnational global debate between students, academics, practitioners, policymakers, and citizens. The book has been published by the British publisher Routledge.

Prof Neuwirth’s book discusses issues not only in the law, but also in disciplines such as computer science, neuroscience, sociology, political science, marketing, and psychology. It contextualises the future regulation of AI as proposed by the European Union, specifically addressing the regulatory challenges relating to the planned prohibition of the use of AI systems that deploy subliminal techniques to manipulate the human mind and alter human behaviour. Subliminal perception usually refers to perception received below the threshold of awareness, such as images flashed quickly before the eyes or background music embedded with hidden messages, and these external stimuli can affect people without their being aware of it.

In this respect, Prof Neuwirth points out that the convergence of AI with various related technologies, such as brain–computer interfaces, functional magnetic resonance imaging, robotics, and big data, already allows for ‘mind reading’ or ‘dream hacking’ through brain spyware, as well as other practices that intrude on cognition and the right to freedom of thought. He warns that future innovations will enhance the possibilities for manipulating thoughts and behaviour, and for causing serious harm to individuals as well as to society as a whole. He also addresses the concept of AI as an oxymoron or a ‘contradiction in terms’ as described in his 2018 book Law in the Time of Oxymora: A Synaesthesia in Language, Logic and Law (published by Routledge), since there remain serious doubts whether machines can be considered ‘intelligent’. 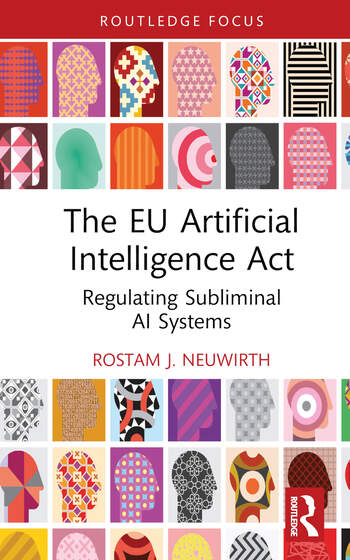