The International Ranking of the Asian Journal of Criminology, Chief-edited by Prof Jianhong Liu of the Faculty of Law of the University of Macau, has risen to the top 10%

Recently, SCImago published the latest list of SJR in 2021. The Asian Journal of Criminology chief-edited by Jianhong Liu, a distinguished professor of the Faculty of Law of University of Macau, was once again listed in Q1 in the subject of law, ranking 60th among 818 law journals in the world, rising to the top 10% of law journals.

SJR is an authoritative ranking institute for academic journals and countries. SCImago calculates its ranking based on Scopus® database information (Elsevier B.V.). The ranking is widely used to evaluate and analyze scientific fields internationally. Journals are grouped by subject area (27 major subject areas), subject category (309 specific subject areas), or by country/region. Citation data is drawn from over 34,100 titles from more than 5,000 international publishers and country performance metrics from 239 countries worldwide. This academic ranking has long been widely recognized by the world’s leading universities and academic institutions and is commonly used in the evaluation of academic journals.

CiteScore™ is a journal evaluation system launched by Elsevier in 2016, which is used by many internationally renowned publishers, including Springer-Nature, Taylor&Francis, Elsevier, Oxford University Press, etc.

The Asian Journal of Criminology is chief-edited by Professor Jianhong Liu, a Distinguished Professor of the Faculty of Law of the University of Macau. Professor Liu has been elected and served on numerous leadership roles in international academic organizations. He was the Founding President and the Honorary President of Asian Criminological Society; he has been the Elected President of the Scientific Commission of the International Society for Criminology, the Elected Chairman of the General Assembly of the Asian Criminological Society, and a member of the steering committee of Campbell Collaboration’s Crime and Justice Group (since 2009) , etc.

Since its inception, the Asian Journal of Criminology has been committed to promoting the development of Asian criminology. The journal advances the study of criminology and criminal justice, promoting evidence-based public policy in crime prevention, and comparative studies on crime and criminal justice. The Journal provides a platform for discussion and exchange of ideas among criminologists, policymakers, and practitioners, by publishing papers relating to crime, crime prevention, criminal law, socio-legal topics and the administration of criminal justice in Asian countries. The focus is on research articles with an emphasis on evidence-based, empirical research addressing crime in Asian contexts. It publishes research using a variety of methods, including quantitative, qualitative, historical, and comparative methods. Its multi-disciplinary approach spans a range of disciplines, including criminology, criminal justice, law, sociology, psychology, forensic science, social work, urban studies, history, and geography.

Under the leadership of Professor Liu, the Asian Journal of Criminology has developed rapidly, reaching an impact factor of 2.297 in 2021. From 2007 to 2021, the Asian Journal of Criminology has continued to expand its influence, and its ranking was upgraded from Q4 to Q1, making it one of the fastest-growing prestigious legal journals in the world. 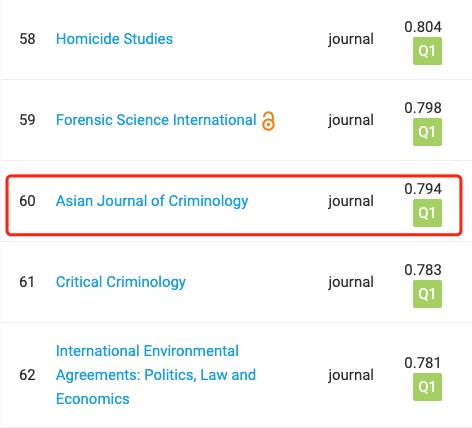 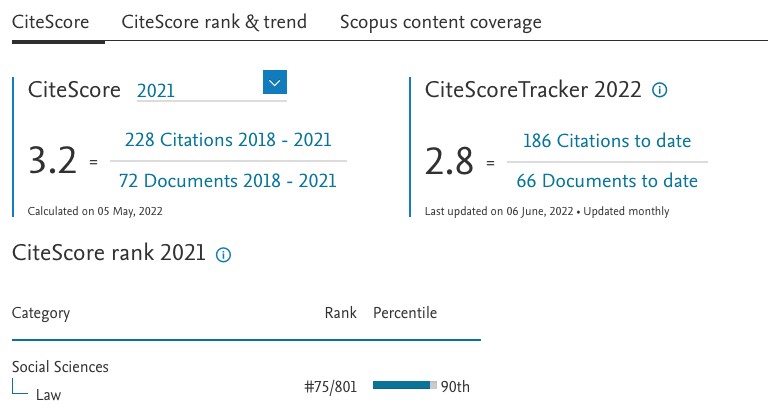 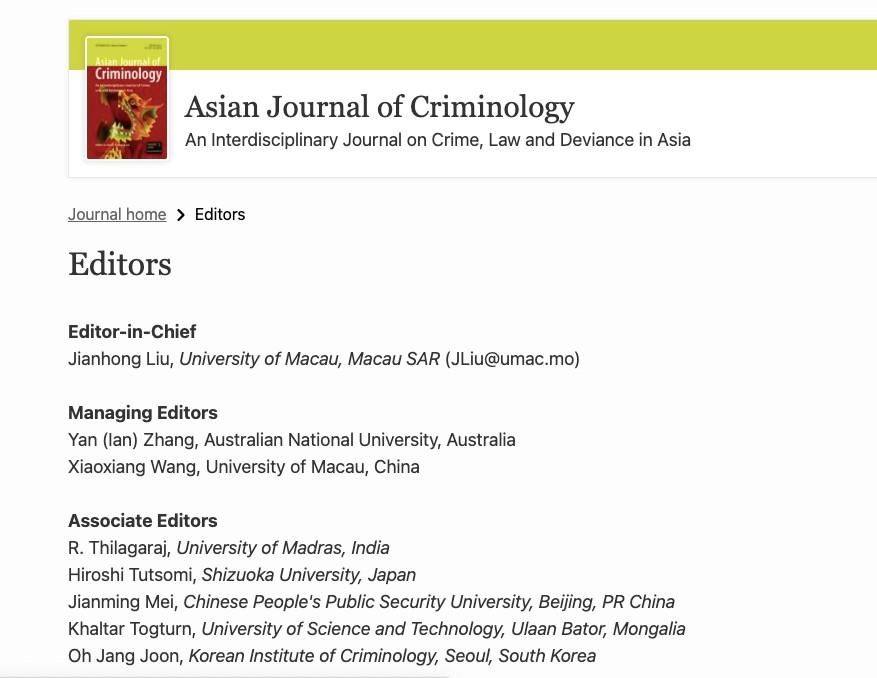