The University of Macau’s (UM) Centre for Constitutional Law and Basic Law Studies (CCBLS) and Educational Research Centre (ERC) today (26 December) became the official partners of two key research centres under the Ministry of Education in the field of humanities and social sciences, namely the Center for Studies of Constitutional and Administrative Law at Peking University and the Centre for Teacher Education Research at Beijing Normal University. The three universities will strengthen collaboration in the field of humanities and social sciences in order to create a high-quality education system, participate in national strategy, and seize the opportunities brought by the ‘Belt and Road’ initiative and the development of the Guangdong-Hong Kong-Macao Greater Bay Area.

Rector Yonghua Song said in his speech that UM is the only public university in Macao to have a centre for the studies of the constitution, the Basic Law, and the ‘One Country, Two Systems’policy, adding that the centre has received considerable attention and support from the Macao SAR government and the central government’s liaison office in Macao. The centre is dedicated to popularising knowledge of the constitution and the Basic Law in Macao to promote the continued implementation of the ‘One Country, Two Systems’policy. Rector Song said that the ELC was established with the great support of the Macao SAR government, and is the only educational research centre at a public university in Macao. According to Song, the ELC is committed to nurturing high-calibre educators to contribute to education development in Macao and the Greater China region. The collaboration is an example of the successful implementation of the ‘One Country, Two Systems’policy and represents UM’s effort to carry out President Xi Jinping’s expectations for Macao to establish a high-quality education system.

The delegation visited the University Gallery in the company of Rector Song to gain a deeper understanding of UM’s new campus project and latest developments in scientific research. The guests also met with the heads of various academic and administrative units at UM. 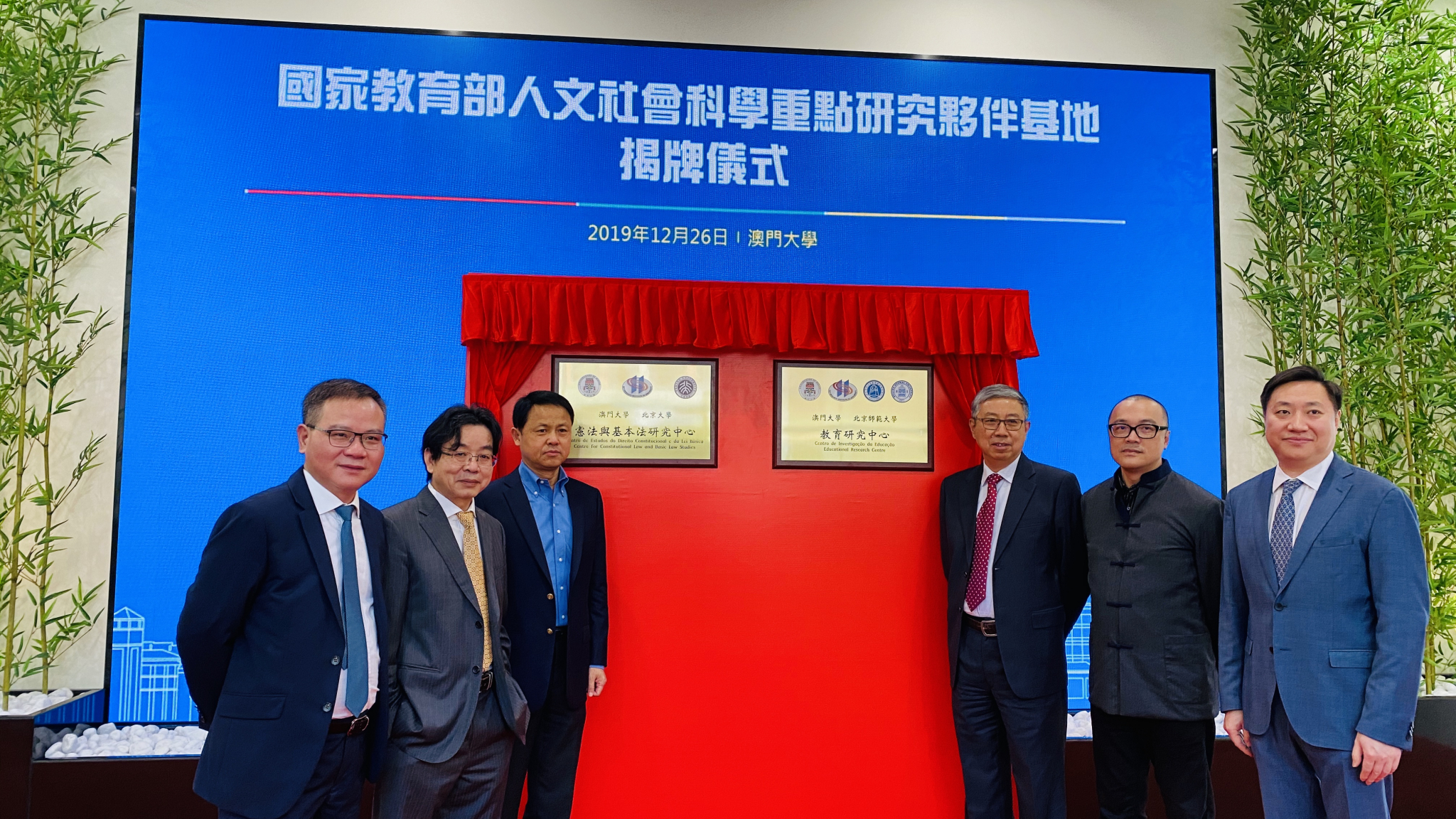 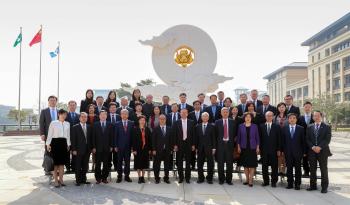 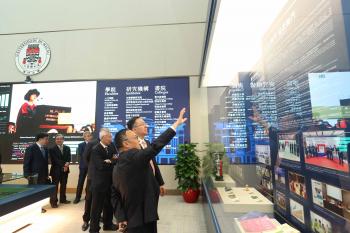